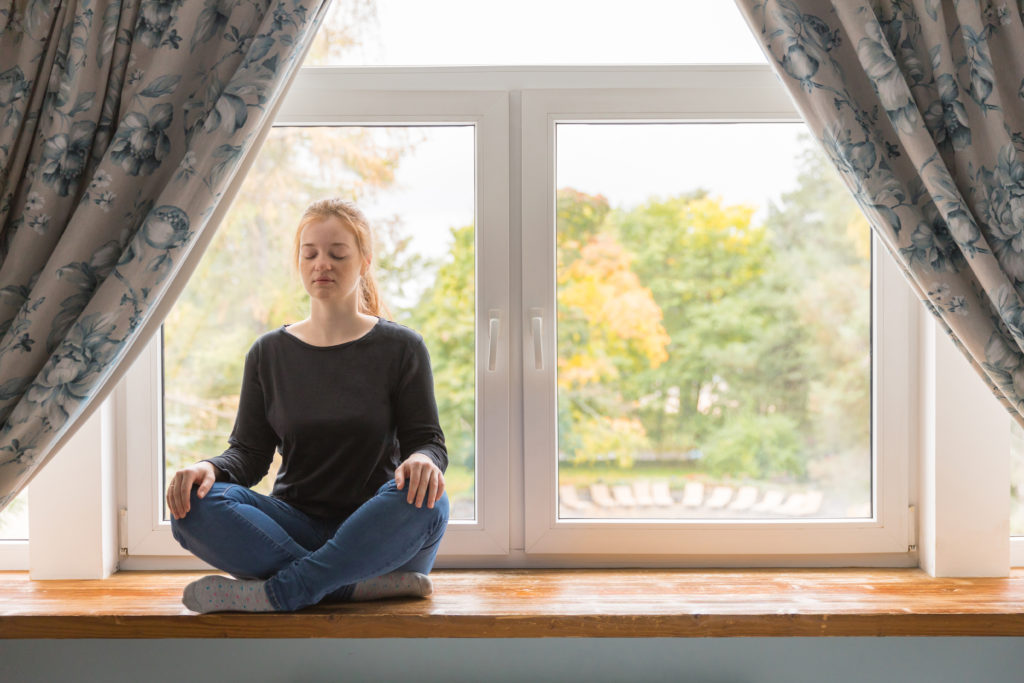 Each year, 17 million people or 7 percent of American adults experience at least one major depressive episode of two weeks duration or longer. Depression is also a common additional symptom of several other mental health problems.

The study found that weekly yoga practice may help lessen symptoms of depression in people who have other mental health conditions.

“As self-isolation escalates and people find themselves working from home and unable to physically catch up with their friends and family, we’re likely to see more people feel lonely and disconnected,” Brinsley says.

Brinsley acknowledged the importance of exercise, and yoga in particular, as an alternative method to help lift our moods and improve our health.

“Our research shows that movement-based yoga improved symptoms of depression (or improved mental health) for people living with a range of mental health conditions, including anxiety, post-traumatic stress, and major depression. So, it’s very good news for people struggling in times of uncertainty.”

“Exercise has always been a great strategy for people struggling with these feelings as it boosts both mood and health,” she said. “But as gyms and exercise classes of all kinds are now closed, people are looking for alternatives, and this is where yoga can help.”

Details of the Meta-Analysis on Yoga for Depression

The 19 studies reviewed in the meta-analysis, published last week in the British Journal of Sports Medicine, were randomized controlled clinical trials that took place in the United States, India, Japan, China, Germany, and Sweden.

The participants in the studies were all officially diagnosed with mental health conditions, including alcohol dependence, depressive and bipolar disorders, schizophrenia, and Post Traumatic Stress Syndrome (PTSD).

The people in the studies practiced yoga on average, one to two times per week, ranging from 20 to 90-minute sessions in which at least half the time included physical movement.  The participants continued their yoga practice for an average of 2.5 months.

The results of the studies differed from group to group, with some participants with certain conditions showing more improvement in their symptoms than others.

For the participants overall, yoga moderately lessened their depressive symptoms when compared with those receiving no treatment or using self-help methods.

People suffering from depressive disorders found a moderate lessening of their symptoms, while those diagnosed with schizophrenia found a significant reduction.  Those with alcohol dependence issues experienced a small effect, while people with PTSD-associated depression found no improvement.

According to the analysis, the participants who benefited from yoga found that the more yoga they practiced, the more their depressive symptoms lessened.  This is unsurprising for yoga practitioners who have seen greater results from continued, regular practice.

Although these studies found yoga to be more useful for those diagnosed with schizophrenia and anxiety than participants with other conditions like PTSD, we know that every individual and their own mental and physical health needs are different.  These results emphasize the importance of consulting professional doctors and yoga teachers for individualized plans tailored specifically to each person.

The Benefits of Yoga for Mental Health Issues

Exercise has long been acknowledged as an effective tool for handling mental health issues.  According to scientists, exercise increases blood flow to the brain, especially flooding the areas of the amygdala and the hippocampus, which help regulate our motivation, mood, and resilience to stress.

“We know that exercise is effective for improving mental health through a number of mechanisms, one of which is endorphins,” Brinsley said, referring to the body’s “feel-good” hormone, which reduces discomfort and boosts our pleasure.

Many other factors make yoga in particular effective at combating the symptoms of depression.  Brinsley names yoga’s ability to regulate the body’s stress response system, known as the hypothalamic-pituitary-adrenal axis.  She also mentions yoga’s improvement of sleep quality and the increased social connections and a sense of belonging and community offered by attending classes.

But yoga is not only physical activity–it is also a spiritual practice.  Yogic practices combine physical postures, breathing exercises, and meditation to increase the connection between the mind, body, and spirit.

“Yogic philosophy teaches that the body, mind, and spirit are all interconnected,” said Laurie Hyland Robertson, the editor in chief of Yoga Therapy Today, a journal published by the International Association of Yoga Therapists. “What you do in one area, for example, a physical exercise to strengthen your leg muscles, will have an effect in all of the other areas of your system.”

A Large Step Forward in the Quality of Yoga Research

The physical and mental benefits of yoga have been studied for many years, since the early 1900s.  Yoga practice has been found to promote many positive effects, including better sleep, reducing stress, and regulating emotion, and in particular, to help ease the symptoms of mental conditions.

The National Institutes for Health, however, said that many of the studies on yoga have not included enough participants or been of sufficient quality.  While they admit that yoga shows “promise for particular health uses,” it has not “been proven to help.”

Brinsley says that her meta-analysis provides a more extensive look at the possible benefits of yoga for depressive symptoms because it includes participants representing a wide range of mental health issues.

Hopefully, this promising meta-analysis will lead to further research and more data on the myriad benefits of yoga for not only our mental, physical, and spiritual health, but our overall well being.

4 Ways to Prevent Anxiety with Yoga