Slowing Down: The Power of Pausing 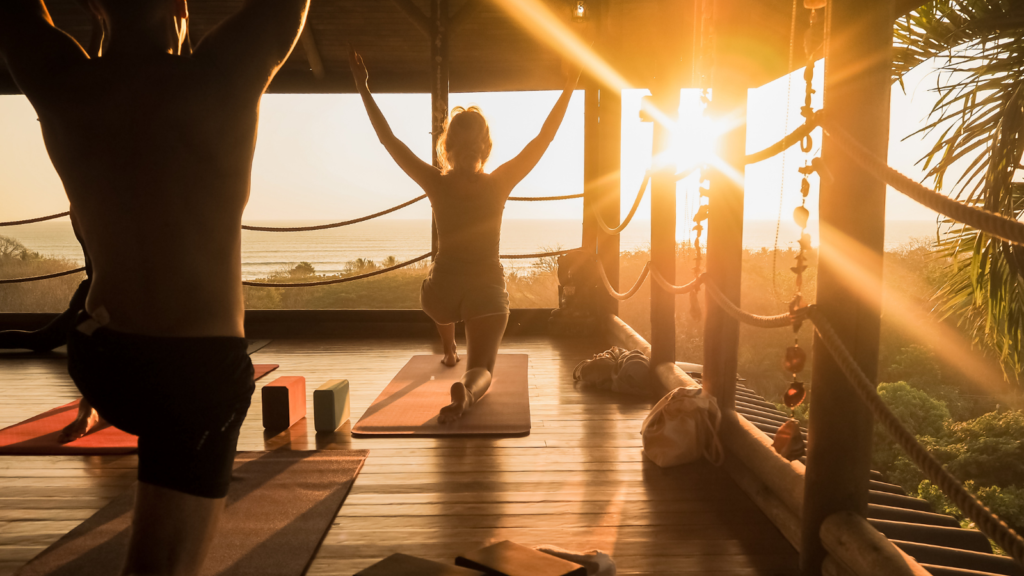 Years ago I took a vacation to Baja, where some friends had relocated. One morning when the beach was completely deserted, I decided to take a solitary walk. As my pace slowed due to the mushy sand, I began to notice things along the way that I might not have seen if I’d been speeding along at my usual pace: a perfectly shaped conch, sparkling pebbles, multicolored sand crystals. One particular pile of tide debris caught my eye. I stopped to look more closely.

There were minute shells just millimeters long, vibrantly colored, iridescent, unimaginably beautiful. The longer I squatted in the sand examining the debris, the more exquisite its contents became. Even the tiniest shells—the ones you would never see while speeding by—were gorgeous, painted, and lacquered with care as if by miniature artisans. I mused that if I squatted there long enough I might be able to discern the character of each grain of sand in the exquisite pile of debris. I was grateful I had nowhere to go, no important task to accomplish. I remembered the sublime beauty of slowing down.

The Practice of Slowing Down

From the outside, we probably looked a bit odd, maybe a little sleepy and lackluster. But the inner experience could not have been more vibrant. Slowing down and connecting with the myriad micro-movements that make up each action made me feel fully, consciously alive.

“We are all sensation junkies,” said author and meditation teacher Sylvia Boorstein on a retreat I attended at Spirit Rock Meditation Center. We are a culture that craves stimulation, a culture of speed, and excitement. As a people we are attracted to driving fast, being scared out of our minds by films, watching competitive sports, and listening to loud music. These things are easily appreciated within our context of speed, and they are exciting and stimulating to us. Feeding our sensation habit helps us feel more vital.

How Speediness Can Obscure the Moment

The yoga sutras define yoga as “the settling of the mind into silence.” When we speed along at our habitual pace, our actions become mechanical. Our minds are anywhere but in the present. It is in the present moment where our minds can settle into silence. When we slow down, we can more easily glimpse the silent mind, the infinite sky of awareness.

In the same way, the tangled mass of debris on the beach can be transformed into a fantastic landscape, the sensations of living in our body-mind, those that become apparent only when we pause, can be quite compelling. From the vantage point of clarity, what we see, feel, hear, touch, smell, and taste can be a celebration.

Through quiet yoga and meditation practice, I’ve found the subtle energies moving through the body and the sensations associated with various emotions to be fascinating. When we are willing to slow down enough to look deeply, new worlds open up to us that are profoundly satisfying and enlivening.

However, practicing slowing down on a meditation retreat, where it is encouraged as a vital part of the process, is quite different from trying to calm the speed of our daily lives. In 21st-century Western culture, having a full schedule is considered to be a sign of virtue, and taking time to relax, a sign of weakness or sloth.

It is, in fact, fun to engage in activities that stimulate, but living in a state of constant activity, with no time to slow down or stop, is not a state of balance. It is from the ground of balance—the ever-changing centerpoint between action and rest—that we live most gracefully in the world.

How to Slow Down and De-Stress

It is arguable that stress is the plague of our time and culture. Many of us maintain the lightning pace of our lives via adrenaline. Whether by caffeine or sugar or purely by the speed with which we must negotiate our schedules, our adrenal glands, and nervous system work overtime to keep us on track. The adrenals are meant to help us through occasional stressful situations, not the steady onslaught of a packed schedule. Without occasional rest, they wear down. When they wear down we become tired and feel stressed.

Slow movement may alter our physiological balance in a way that is replenishing to our nervous system. Roger Cole, Ph.D., a yoga teacher and research scientist who specializes in the physiology of relaxation, sleep, and biological rhythms, speculates on the benefit of slow movements, such as yoga and tai chi, on the human nervous system.

“They provide steady, gentle, pleasant input to the nervous system from kinesthetic sensors in the body (muscle spindle stretch receptors, Golgi tendon organs, joint position sensors),” he says. “Just as when we get a massage, this could help induce reflex relaxation of the muscles and make us feel mentally safe, reducing the ‘fight-or-flight’ response in the brain (and thereby reducing the levels of stress hormones circulating in the bloodstream).”

Slowing Down in Life Off the Yoga Mat

Perhaps the physiological benefits of slowing down might even increase our ability to accomplish what we need to do. When I take time each day to drop my schedule and do something completely unrelated to work or to do nothing at all, I come back to my responsibilities with more clarity and equanimity. Some days may allow an hour to slow down; others may not. On the more tightly scheduled days, I might simply take a leisurely walk around the block, practice one or two yoga asanas, wash the dishes with special care, savor my dinner or mindfully drink a cup of tea.

It doesn’t matter what I do; what matters is that I allow myself to visit the moment fully, to experience its richness and beauty. The amount of work accomplished is less important than the spirit and care I bring to what I do. Slowing the pace of our lives transforms the mundane into the transcendent. It teaches us how much there is to appreciate in simplicity.