Boost Your Immunity: Walk Away From Colds

May 25, 2020 By: Beth Levine, staff writer at Jon Barron's Baseline of Health 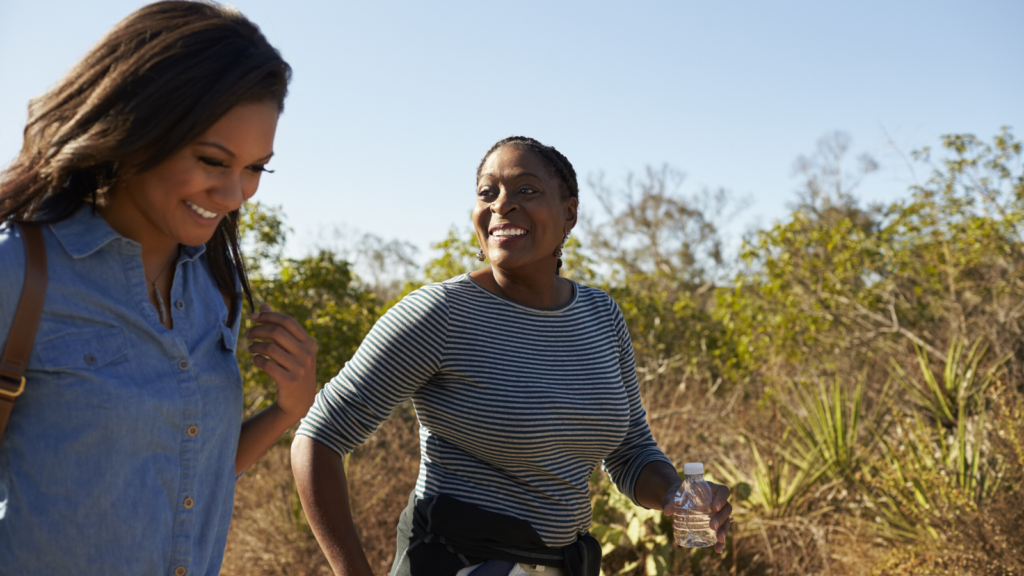 Research that took place at Appalachian State University in Boone, North Carolina, shows that exercise is perhaps the best way to keep the common cold at bay. Taking a moderately-paced walk for between 30 and 45 minutes daily was found to increase the number of immune system cells that were present in the body. The levels of immunity boosters remained elevated for several hours after exercise and appear to have a cumulative effect in protecting against illnesses over time. (1)

The study subjects were 1,002 men and women ranging in age from 18 to 85 years old, with the bulk of them in their mid-40s. The researchers kept track of their health for a 12-week period through the fall and winter of 2008. Taking into account various other aspects of lifestyle such as weight and eating habits, the participants who walked more maintained the best health during the study time period.

Those who walked for at least 20 minutes a day, five times a week, experienced 43 percent fewer days sick than those who exercised once a week or less. And not only did they get far fewer colds, but when the regular exercisers did get sick, it was shorter in duration and milder. The more sedentary participants spent nearly twice as many days ill as their more frequently walking counterparts. And the severity of the symptoms they suffered was 41 percent less for those who felt fittest and 31 percent less for the more active of the volunteers than those less active.

Supportive Studies Between Exercise and Immunity

Several other studies have also pointed to a relationship between regular exercise and an improved ability to fend off cold viruses. For example, in research done in 2006 at the Fred Hutchinson Cancer Research Center in Seattle, the subjects were 115 post-menopausal women who were overweight and did little physical activity. They were divided into two groups: the first began a fitness routine of walking or some other moderate form of exercise for half an hour each day while the second group performed stretching exercises once a week for 45 minutes. (2)

The researchers had actually set out to examine other health issues in older women. Still, they were caught off guard when they discovered the noticeable difference between how often the women in the two groups came down with colds. The women doing stretching exercises only were stricken with colds twice as often during the year of the study as the women doing the walking. No other changes were made to the women’s eating habits or any other lifestyle factors.

In the last three months of the study, the disparity between the two groups of women and their resistance to illness grew even more significant. By the end of the year, the women who were stretching had three times more colds than the walkers, suggesting that the benefits of regular exercise only increase with time.

The connection between a regular walking routine and resistance to germs most likely has to do with the effect of aerobic exercise on the body’s immune system. Every time you exercise, it releases an influx of antibodies as well as neutrophils—a form of white blood cells that helps kill invading organisms—and natural killer cells, another type of white blood cell that helps the body destroy both tumors and viruses. These cells work to boost your body’s defenses. Plus, harmful stress hormones such as adrenaline and cortisol, which tend to repress the immune system and lessen our bodies’ attempts to ward off illness, are lowered when we exercise.

Most adults catch a common cold between two and four times each year, the majority of which happens between September and April. Children average from six to 10 colds a year. All of this lost work time and productivity is estimated to cost the American economy alone approximately $40 billion every year. The health benefits of walking could eventually add up to huge potential savings over time on many levels.

Incidentally, this is the second study to impart health advantages to aerobic activity overstretching. We recently explored a study that demonstrated the virtues of aerobic activity regarding building brain function. And as we noted then, just because stretching and toning do not build brain function or help fight colds, does not mean you should forget it. It offers its own unique benefits—as do strength training and balance training.

Read The Yoga of Walking from YogaUOnline contributor, Charlotte Bell.