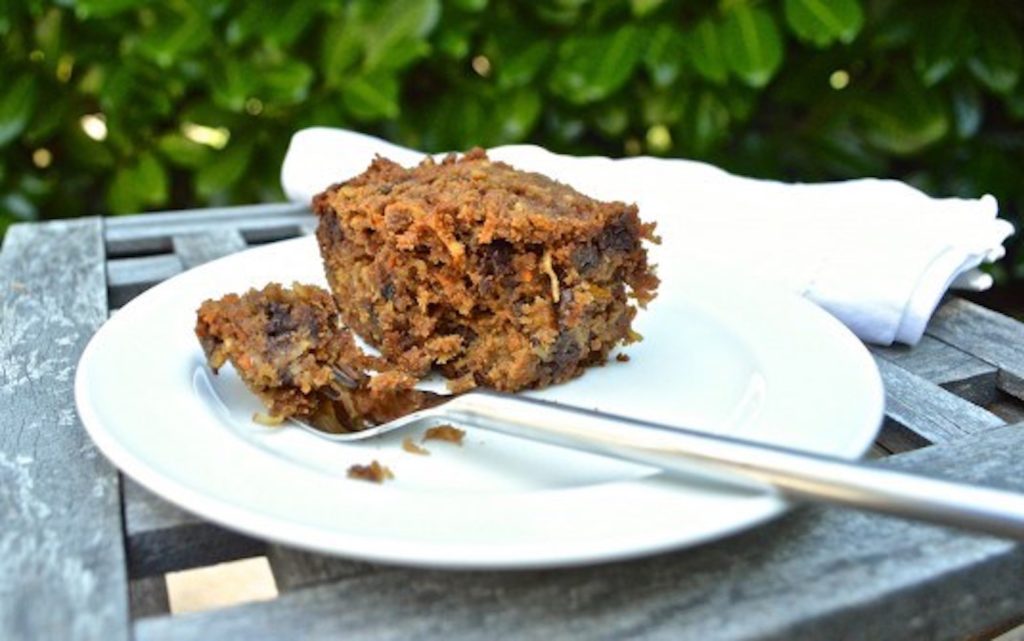 I’m on a quest to find a quick, nutritious breakfast.

Let me qualify that a little. There are a few other criteria it has to meet, along with being fast and good for you: It has to have some protein in it, it needs to taste good alongside my morning coffee and, ideally, it should be free of gluten.

On the breakfast-y protein front, there are eggs, cottage (or other) cheese, and yogurt. I like eggs well enough, but I don’t want to eat them every day. I do like cottage cheese, especially with fruit, but it doesn’t match very well with my coffee. And yogurt? It’s never been my favorite texture unless copious amounts of granola are mixed into it.

So, what about other proteins? There are cheeses other than cottage cheese, and there’s nut butter, cashew-almond butter being my current favorite. Both of these are more appealing, but they need something more—a base to ground them, like bread or crackers—to really go well with coffee. This wouldn’t be a problem, except for the gluten-free part.

Most gluten-free bread I’ve tried is, well, fairly horrid. Dry and crumbly or overly soft and squishy. On the gluten-free cracker front, it’s not much better. Most that I’ve tried use a lot of rice flour which leaves a strange, gummy residue in my mouth.

A combination of grated carrots, grated apple, and two grain-free flours (almond and coconut) make for a satisfying, great-tasting, and healthy cake. It’s similar to a muffin texture, dense and chewy, with shredded coconut, orange zest, and nuggets of dried sour cherries adding some kick.

The almond flour gives it protein (check), and it’s not only gluten-free but entirely grain-free and low enough in sugar that I’ll qualify it as Paleo-friendly. Plus it goes so well with my morning coffee that it makes me smile. Top points for that.

*Adapted from the Morning Glory Muffin recipe in Paleo Comfort Foods by Julie and Charles Mayfield. The dried sour cherries were delightfully tangy, but if you don’t have them on hand substitute another dried fruit like raisins, dates, figs, or apricots.

Notes
A note on blanched almond flour: I use the Honeyville brand, which is very very fine and powdery, much finer than almond meal, and finer than other brands of almond flour I’ve seen (like Bob’s Red Mill). Such a fine almond flour allows your baked goods to have a finer texture, closer to what you’d get if you were using all-purpose wheat flour.

This recipe is reprinted with permission from Ant & Anise.

We’re Eve and Kris, an aunt and a niece. We love food. And while we have a lot in common in our approach, we also have our differences. So why not hash it out in a blog? Ant and Anise is a conversation about food in our lives, past and present. We like real food that doesn’t take hours to prepare but has something unexpected about it. It helps if it’s pretty, too.