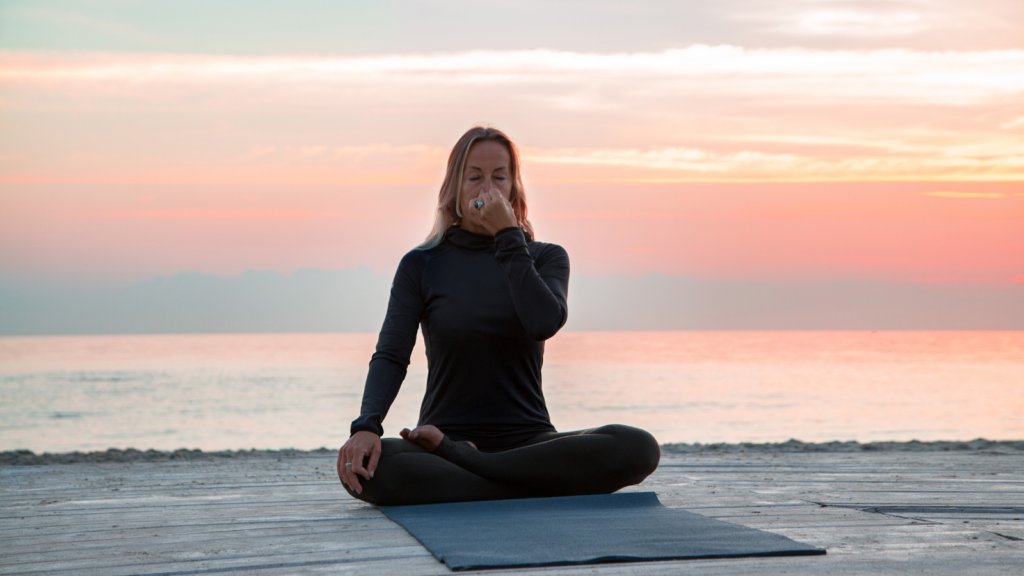 Many of your body’s physiological processes have a rhythmic nature. Your heartbeat, blood pressure, digestive peristalsis, breathing rate, and many others proceed in a pulsating (or wave-like) fashion. Each system has its own rhythm. For example, the normal respiration rate for an adult at rest is 12 to 16 breaths per minute, normal heart rate is 60 to 100 beats per minute and normal blood pressure is less than 120/80 mm Hg. Occasionally those physiological rhythms can become synchronized, which improves the system’s efficiency and has great health benefits.

Today, let’s take a look at the rhythms of your circulatory and respiratory systems and how they affect one another. Is there anything we can consciously do to synchronize those systems?

All healthy animals and humans experience rhythmic fluctuations in heart rate and blood pressure. It is normal and desirable because it demonstrates that our systems are able to adjust to our activity levels, arousal, stress, and so on. One of those rhythmic fluctuations in blood pressure is called Mayer waves. Mayer waves are cyclic changes or waves in arterial blood pressure that occur spontaneously. They are caused by the activity of the autonomic nervous system and the vagus nerve. Mayer waves occur at a frequency of about 0.1 Hz, which translates into a 10-second cycle, 6 cycles per minute. This frequency is generally lower than the frequency of respiration.

Your heart rate fluctuates as well. It is called heart rate variability and it describes the variation in time intervals between heartbeats. Higher heart rate variability (HRV) is more desirable because it reflects the resilience of your heart and its ability to adapt to physiological and environmental demands quickly. “Higher levels of HRV are indicative of a healthy heart and a marker of overall healthy physiological functioning. Low HRV, or less responsiveness to physiological needs, predicts mortality and morbidity and also occurs in depression, anxiety, and chronic stress.” (1)

Slow It Down: How Breathing Synchronizes Your Internal Rhythms

“A slow respiratory rate (6/min) has generally favorable effects on cardiovascular and respiratory function and increases respiratory sinus arrhythmia [reflection of higher parasympathetic or rest-and-digest activity], the arterial baroreflex [which helps to regulate fluctuations in blood pressure], oxygenation of the blood, and exercise tolerance. Slow respiration may reduce the deleterious effects of myocardial ischemia, and, in addition, it increases calmness and wellbeing. These effects result from, at least in part, synchronization of respiratory and cardiovascular central rhythms. A respiratory rate of around 6/min coincides with and thus augments the 10 seconds (6/min) Mayer waves.” (2)

If you dig deeper into the data, it appears that the oscillating rhythms of blood pressure, heart rate, and respiration synchronize at about 5.5-second inhalation and 5.5-second exhalation, which makes it about 5.5 breath cycles per minute. 5.5 seems to be the magic number of synchronized (or resonant) breathing. Now, that’s a tricky breath length to measure, so in our practice, we usually round it up to 6-second inhalation and 6-second exhalation.

My yoga students have heard me begin our practices time and time again by asking them to deepen their inhalation and lengthen their exhalation to 6 seconds each. This way we attempt to slow our breath and synchronize our internal rhythms. We also generally attempt to maintain this breath rhythm throughout the practice or use it as a jump-off point for more challenging breathwork.

Once we achieve that cardio‐respiratory synchronization, how long does it last? Turns out there is another factor at play that makes the effects of synchronization more long-lasting. That factor is attention. A more recent study investigated the effect of slow breathing in combination with focused attention in yoga practice.

Researchers concluded that “consistent results have been obtained, which highlight the importance of controlled low‐frequency breathing, which is ubiquitous and fundamental in delivering physiologically significant variations in heart rates of yogic practitioners. In addition, the results on focused attention group, […] have highlighted the contribution of the cognitive attributes like attention in achieving a sustained cardio‐respiratory synchronization. It has been observed that focused attention and low‐frequency breathing are co‐existing inherent strategies in yogic techniques which might play an important role in psycho‐physiologically adapting a nonpractitioner to get trained in yoga to derive long‐term physiological benefits.” (3) This study confirms that two main pillars that support effective yoga practice are slow breath and attention.

Turns out that combining slow breathing and attention to enhance people’s mental and physiological wellbeing is not a new idea for many religious traditions. Coincidently (or not), many prayers and mantras from around the world are also about 5.5 seconds long.

For example, Leonardo Bernardi et al studied the effect of rosary prayer and the Buddhist mantra Om Padme Om on autonomic cardiovascular rhythms. He writes: “The rosary is a repetition (50 times) of the Ave Maria, the whole 50 repeated three times. Each cycle, recited half by the priest and half by the congregation, is—in the original Latin—normally completed within a single slow respiration. We were surprised to find that each cycle (and break) of the Ave Maria (both priest’s and congregation’s parts, unrehearsed) took almost exactly 10 seconds.” (2) Another group of subjects recited Om

Padme Om mantra in a call-and-response manner, which also took about 10 seconds per cycle.

After analyzing the results, the researchers concluded that “both the Ave Maria and the yoga mantra had similar effects, slowing respiration to around 6 breaths per minute, and thus having a marked effect on synchronization and also increased variability in all cardiovascular rhythms.

This was seen not only in the respiratory signals but also in the RR interval [the time elapsed between two successive R-waves of the QRS signal on the electrocardiogram and it’s reciprocal, the HR], systolic and diastolic blood pressures, and in the transcranial blood flow signal. The spontaneous respiratory rate was 14.1 per minute during spontaneous breathing; it slowed down during free talking, and it slowed down further during the recitation of the Ave Maria and of the mantra, in both cases to close to the 6/min (10 s period) Mayer rhythm.” (2)

Chanting or prayer recitation are proven methods of regulating the breath while anchoring one’s attention. Since the effect of cardiovascular and respiratory systems’ synchronization was so pronounced in the study of rosary prayer, the researchers went as far as writing: “We believe that the rosary may have partly evolved because it synchronized with the inherent cardiovascular (Mayer) rhythms, and thus gave a feeling of wellbeing, and perhaps an increased responsiveness to the religious message.” (2)

Curiously, chanting Yoga Sutra 1.2, which presents the definition of yoga (Yogah-chitta-vrtti-nirodhah), takes about 5.5 seconds as well, and the entire cycle (silent chanting on the inhalation and out loud chanting on the exhalation) takes about 11 seconds. This means that you can use this sutra to measure your breath instead of counting both during your daily activities and during your yoga practice. Using a yoga sutra or mantra in your yoga practice has additional benefits of working with sound, that can further affect your autonomic nervous system, vagal tone and has all sorts of other positive influences on your system.

Reprinted with permission from Sequence Wiz.

Educated as a school teacher, Olga Kabel has been teaching yoga for over 14 years. She completed multiple Yoga Teacher Training Programs but discovered the strongest connection to the Krishnamacharya/ T.K.V. Desikachar lineage. She had studied with Gary Kraftsow and American Viniyoga Institute (2004-2006) and received her Viniyoga Teacher diploma in July 2006, becoming an AVI-certified Yoga Therapist in April 2011. Olga is a founder and managing director of Sequence Wiz-a web-based yoga sequence builder that assists yoga teachers and yoga therapists in creating and organizing yoga practices. It also features simple, informational articles on how to sequence yoga practices for maximum effectiveness. Olga strongly believes in the healing power of this ancient discipline on every level: physical, psychological, and spiritual. She strives to make yoga practices accessible to students of any age, physical ability, and medical history, specializing in helping her students relieve muscle aches and pains, manage stress and anxiety, and develop mental focus.