The Mind-Body Problem: How Yoga Views the Body -Then and Now 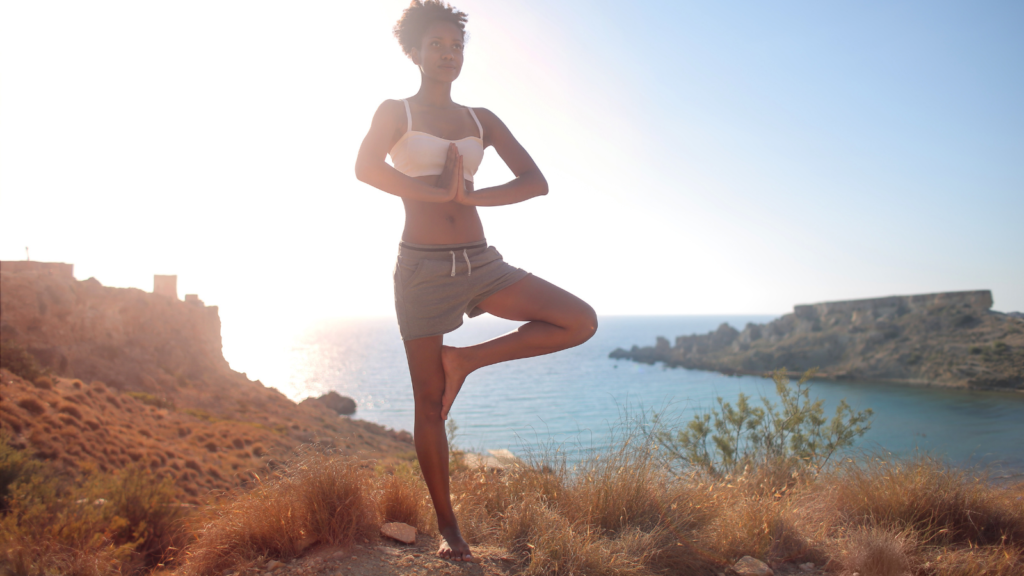 Just recently I was telling someone that I consider the mind and the body to be one and the same. After all, what we call our body is what makes it possible for our minds to interact with the world. Our five senses of sight, hearing, taste, smell, and touch (which includes the skin that covers our entire bodies!) allow us to take in what’s happening around us and to respond in kind. So, our bodies and minds are in constant two-way communication.

In addition, our two internal senses, interception, and proprioception allow our bodies to communicate their own internal states to the mind, so even within our bodies, there is constant two-way communication from between all our internal parts—joints, organs, muscles, etc—and our brain. So even without considering that the gut contains semi-independent nervous system cells (our gut-brain) that is in constant communication with the part of our brain in our skulls, our brains are so intertwined with every part of our body through our nerves—and can’t, in fact, exist without our bodies—that is really should be impossible to say where one begins and the other leaves off.

However, the traditional idea that most of us grew up with—that our brains and bodies are two separate entities—is so strong that most of us have a hard time letting go of it. For example, it’s really hard to convince people that the best way to maintain brain health is physical exercise, the same thing that is the best way to maintain the health of “the body.” I even find myself slipping back into that way of thinking. I’ve been wondering why that is for quite some time now, and I finally decided just to do some research on it.

The Origins and Problems of Mind-Body Dualism

It turns out that this idea of the mind and body being separate and made of different stuff comes to us from ancient Greece, where Plato and Aristotle, who had different beliefs from each other, argued in different ways that the intellect was made of different, superior stuff (immaterial) than the body (material). This is called “dualism.”

From there, dualism became a staple belief in Western civilization. Later on, in the 17th century, Rene Descartes modernized the concept saying that the body was made of a matter (a substance that is spatially extended but that is unthinking) and the mind of a different substance (a substance that is immaterial but which thinks):

Unfortunately, this type of thinking led to a whole host of problems, as you might imagine. Thinking of our minds as being separate from our bodies led to us feeling shame about our bodies, as they were made of an inferior substance, and to have an attitude that ignoring the needs of the body was best for spiritual advancement or just for living in the civilized world.

It also led to major problems in the way Western Medicine approaches our health. According to Neeta Mehta in her paper Mind-body Dualism: A critique from a Health Perspective (1):

“Mind-body dualism is an example of a metaphysical stance that was once much needed to unshackle science and medicine from dogma, but which later had a far-reaching restrictive influence on the field of medicine, on its complete understanding of real health issues, and on developing effective interventions to deal with the same.”

But surely yoga is different, right? After all, yoga practitioners are all about being present in our bodies and learning to love and appreciate them from the inside out. Well, as is so often the case, it depends on what you mean by “yoga.”

In classical yoga, while the body and the mind are made of the same material (prakriti), it is the soul (atman) that is made of a different material (purusa). And rejecting your body-mind in favor of the soul is what the eight-fold path is all about. In fact, I was recently surprised to learn that the traditional view of the body in yoga is very negative. For example, take this quote from the Yoga Sutras:

II.5 Ignorance is the notion that takes the self, which is joyful, pure, and eternal, to be the nonself, which is painful, unclean, and temporary. —translated by Edwin Bryant

“Ignorance” in the Yoga Sutras means spiritual ignorance about what the real “Self” is. In this sutra, Patanjali compares the true Self, the soul (purusa), with the non-self, the body-mind (prakriti), saying that the body-mind is “painful, unclean, and temporary.” In his commentary, Edwin Bryant explains what you mind be wondering about, that is, what is “unclean” about the body-mind?

He writes, “While anyone can understand that the body is temporary, what does Patanjali intend by saying it is ‘unclean?’ Vyasa quotes a reverse: ‘The learned consider this body to be unclean, on account of its location, origin, sustenance, excretions, death, and the continual need to keep it clean.’”

In fact, Bryant says that in Patanjali’s school of yoga, they viewed the body as “a rather unpleasant bag of obnoxious substances.” I read some quotes from original texts about this, and, boy, they really say some disgusting things about the body. Trust me. Bryant concludes his discussion by saying that the eight-fold path is about ignoring and transcending the body, not about learning to love and listen to your body. “In short,” he concludes, “the Yoga tradition does not consider the body a suitable place to seek happiness for those interested in enlightenment.

The Dwelling Place of the Divine: How Hatha and Tantra Yoga View the Body

It is only when we move ahead to Tantra and Hatha Yoga that there is a change to viewing the body in a positive light. In Hatha Yoga, which is what we are practicing when we do our modern asanas, the goal is to make your body strong (through asanas) and clean (through cleansing practices, some of which are pretty weird) so it can withstand our spiritual practices and allow us to achieve self-realization.

The late yoga scholar, Georg Feuerstein, wrote, “Instead of regarding the body as a meat tube doomed to fall pretty to sickness and death, they viewed it as a dwelling place of the Divine, and as the cauldron for accomplishing spiritual perfection. For them, enlightenment was a whole-body event.”

But even though in traditional Hatha Yoga the body is no longer viewed as shameful and disgusting, the original aim of Hatha Yoga was the same as Classical Yoga: to transcend the body-mind and achieve enlightenment (self-realization). So, your body-mind (Prakriti) is still your non-self, not your true Self. And the body-mind needed a lot of cleansing and purification to make that happen!
Modern Yoga—Finally—Celebrates the Body

From there, we come to modern yoga, where our thinking about the body (and the body-mind) has changed. Now we see our body as having value on its own, not just as a vehicle for achieving enlightenment. Our body is no longer something “unclean” to be ashamed of, but quite the opposite—something to value, cherish, and be amazed at. And listening to our bodies is an essential part of yoga practices that can help us tune into what we need at any given time and sometimes even help us heal.

Right now, I don’t have information about how we came to this point. But no doubt modern understanding of anatomy, new modern philosophical concepts that challenge dualism, the yoga teachers of the early 20th century, like Krishnamacharya and B.K.S. Iyengar, who taught us to listen to and nurture our bodies and even practice asanas mindfully as a form of moving meditation, mindfulness practices from Buddhism, etc. all come into play. But, regardless, I’m very grateful.

Reprinted with permission from Yogaforhealthyaging.blogspot.com.

Foot Yoga: Wake Up Your Toes

Spiritual Wellbeing: What It’s All About